The NBP President handed over cheques to several organizations including our CENTRE FOR DEVELOPMENT OF SOCIAL SERVICES-CDSS.

We thank NBP for contributing in this noble cause established by Agha Hasan Abedi Saheb, Hilal-e-Imtiaz (Posthumous), a renowned banker and philanthropist.

Corporate Social Responsibility (CSR) is one of PSO’s core values and an integral part of the Company’s overall mission. With operations across the country, PSO utilizes its scale of operations as a strength to positively impact the underprivileged people nationwide especially in the vicinities where PSO operates. By integrating CSR into its business strategy, PSO is helping to drive shared value amongst its stakeholders and enhance its corporate brand image amongst the general public.

Centre for Development of Social Services (CDSS) grateful to Pakistan State Oil (PSO), the nation leading Oil Marketing Company. Extending financial support to the project of CDSS in Lalabad, Korangi an underprivileged area by Co – Sponsoring 20 Students of Korangi Academy. This assistance will surly help CDSS to continue to provide quality education to the children of most deserving communities.

We look forward to PSO for lasting association with CDSS.

A. Following computer equipment for the newly established classes of IV-C, XII-Pre-Engg. & XII-Commerce:

B. Text Books for students of KA. 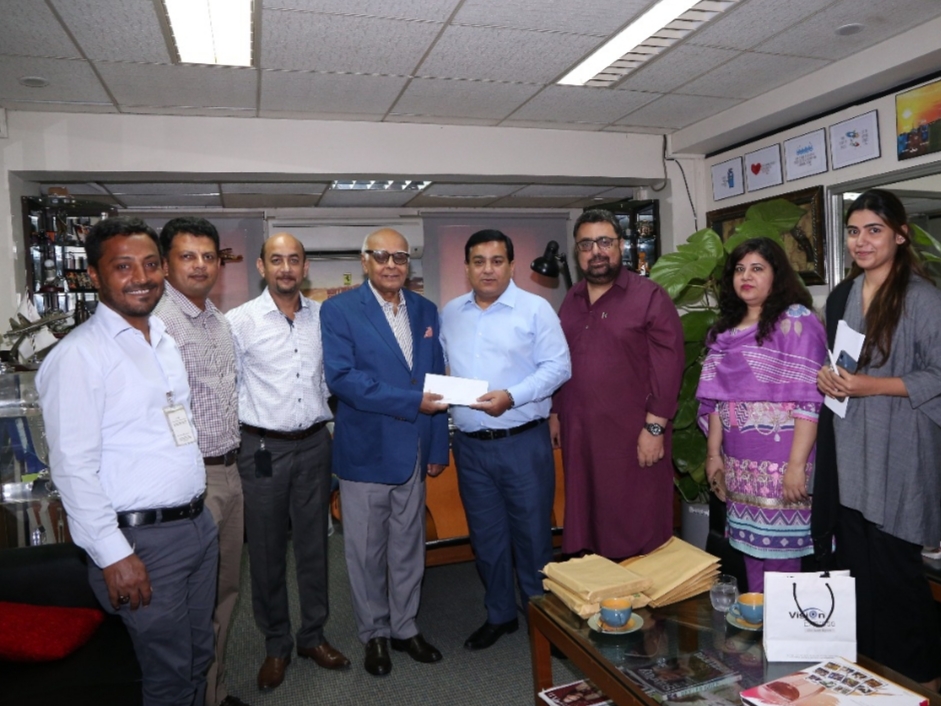 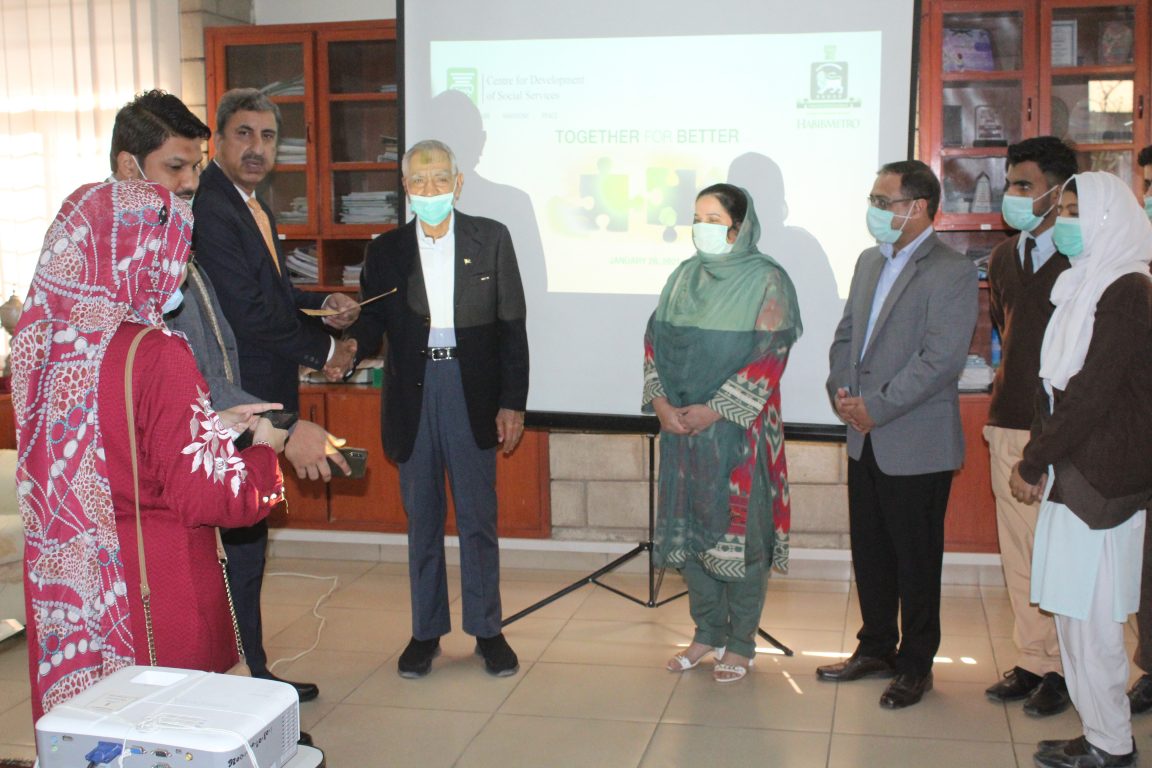 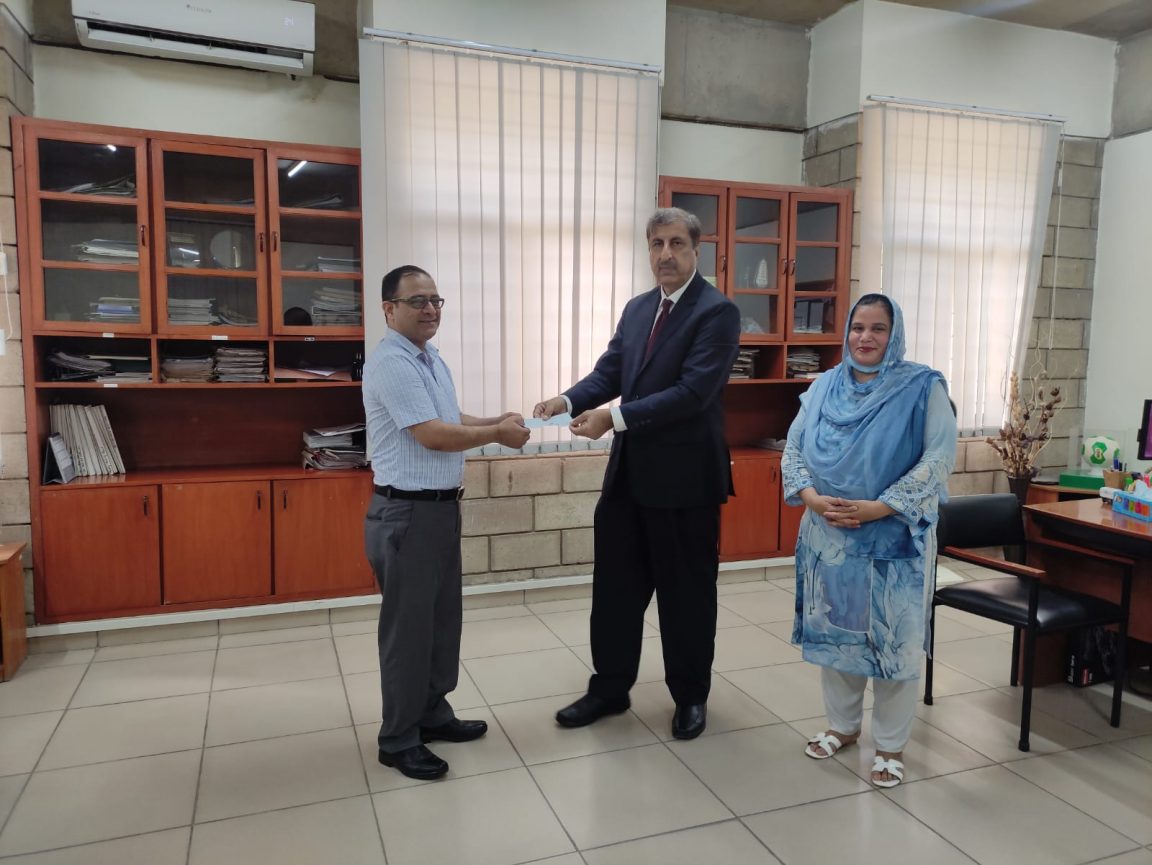 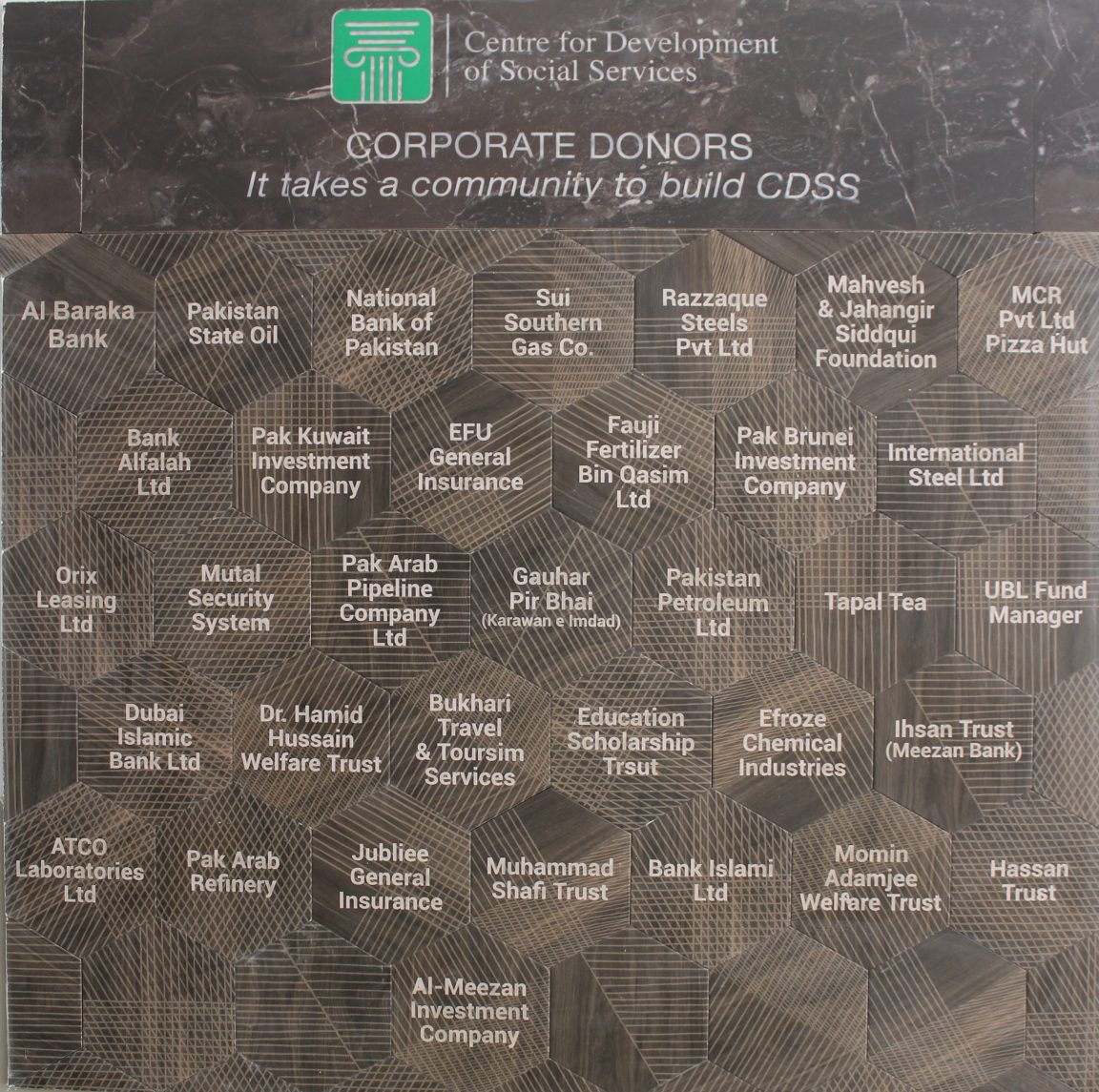 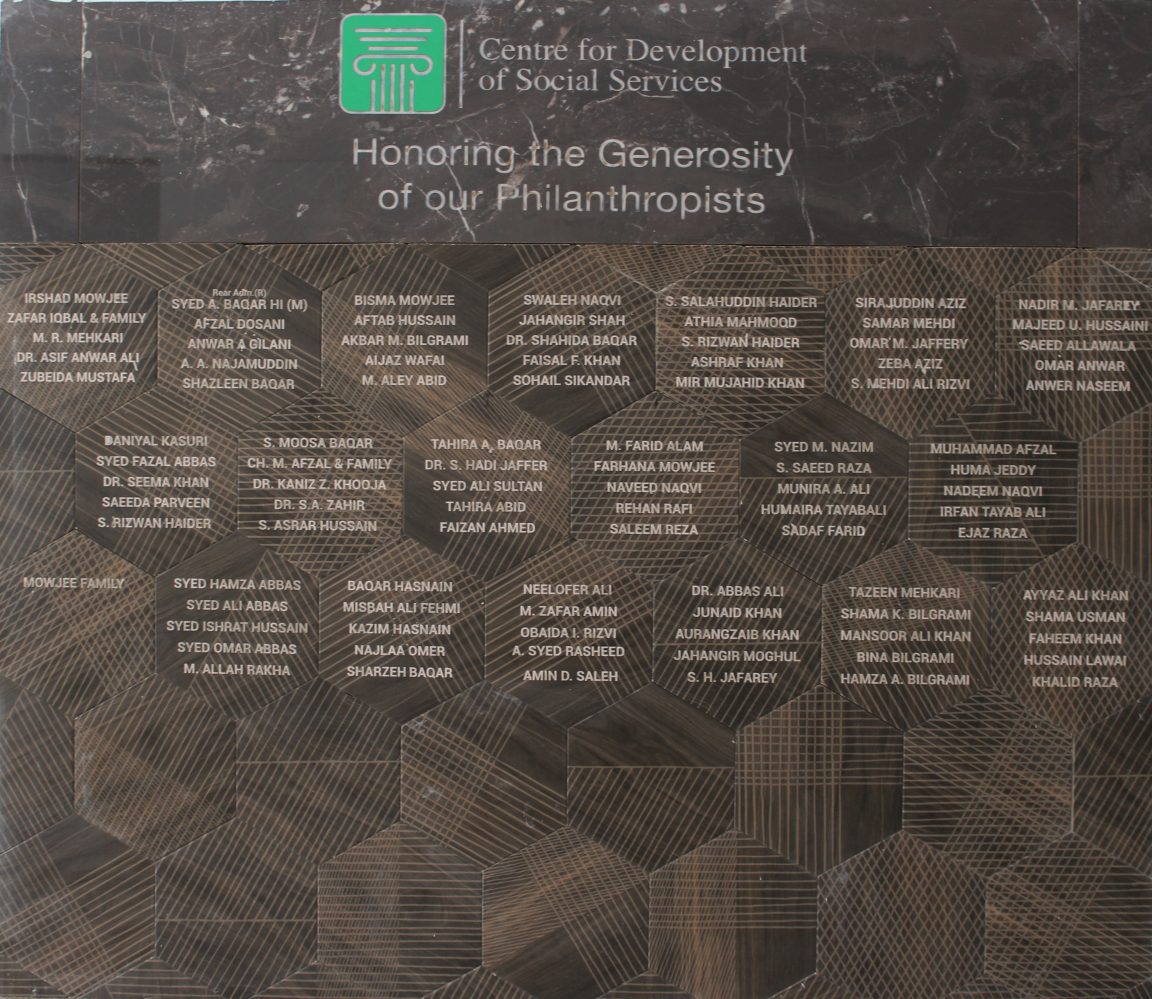 There are two options in which you can donate to CDSS. The first option is a Co-sponsor a Child Scheme where you can contribute half the educational cost of a student per month. The second option is to contribute to the CDSS Endowment Fund.

The average cost per student per month is approximately Rs. 6,600/-. Under the Sponsor a Child scheme one student can be Co-Sponsored for one year @ Rs.3,300 per month for a period of one year with a total annual contribution of Rs. 39,600/-. The sponsors, who donate Rs.118,800/- as a Co-Sponsorship of three students, will become “Friends of CDSS”. (One can sponsor as many students as conveniently possible). The shortfall of Rs.3,300/-  will be met by donation from INFAQ Foundation.

You can contribute towards building the Endowment Fund in multiples of Rs. 5,000/-.

Deposit your contribution directly in the following bank account

Simultaneously a completed Pledge Form may be sent to…

along with Pledge Form, may be forwarded to CDSS Head Office at: